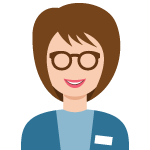 Hi, my name is Tammy. I love holistic healthcare. I do not like the concept of just addressing one thing (usually a physical aspect of the body) while ignoring the rest of the package (namely, the emotional and spiritual aspects of the body). To that end, I love yoga, but I also see the value of things like physical therapy after an accident. I am neither completely into western medicine nor completely into eastern healing. Rather, I like a combination of the two. I also like having a health care clinic that blends both of these elements. If you want the same things, please explore this blog. It has tips on finding the perfect holistic health care center for your family.

4 Signs You Should See an Audiologist
3 February 2022

Audiologists do more than fit hearing aids — they …

Is It a Good Idea to Know About Your Genetic Potential for Disease?
19 August 2021

The ability to screen for hereditary disease risk …

Do You Want to Keep Hearing Problems Away? Visit an Audiologist Regularly
30 December 2020

The health of your auditory system matters a lot. …

Acid reflux is a disease that is caused by a weakn …

Thyroid removal or thyroidectomy is a beneficial s …

The ability to screen for hereditary disease risk has improved greatly, but it's still not perfect. A test might show you have a gene making you more or less likely to develop a disease, but unless that gene's ability to express itself in living people is well-known, you might not know what to do with the information. If you have a chance to test yourself for hereditary disease risk, consider a few things before making your final decision.

Yes: You Can Take Steps to Mitigate/Reduce/Prepare Now

One big plus to genetic screening is that you can take steps to prepare for or possibly reduce what might be ahead. Even if the screening is only for something for which you're a carrier, you can take steps to adjust your future to avoid passing on the genes. For example, carrying the recessive gene for Tay-Sachs is common in some populations; if you're a carrier, you know you have to be cautious about having children with another recessive carrier because one of your children could end up with Tay-Sachs — the disease, and not just the recessive gene. If you have a gene that signals that you have a higher risk of developing Alzheimer's disease, you can take steps now to try to reduce your risk of actually developing the disease.

No: Having a Certain Gene Doesn't Always Mean Something

An argument against genetic screening is similar to something mentioned previously: If the gene isn't well-understood, the knowledge could mean nothing. Maybe you have a specific gene that seems to have a link to a disease, but researchers aren't quite sure if it's actually a marker of increased risk or if you need certain other genes along with it. Then you end up with interesting information but no real advice for how to deal with it.

Genetic screening may help you determine if your family has a higher incidence of disease because they have certain genes or because they have been in certain environmental conditions that could promote the disease. It's possible that the disease in question tends to show up in your family because the family business requires people be mostly indoors for a long time, hence a lack of vitamin D, which has been linked with certain diseases. If you test for genes associated with the disease and find none, then the environmental conditions might be the driving factor. However, this is something that takes a lot of assumption and inference, so be prepared to spend a lot of time thinking over your results!

Genetic screening can be very, very helpful when you know what you're looking for and what the presence of these genes means for you. If that's what you need to find out, contact a screening company or your doctor's office as soon as possible. You can do a lot of good with that information.